Is a Demand for an Apology = Extortion? (Social Media & First Amendment:U.S. v. Hobgood) 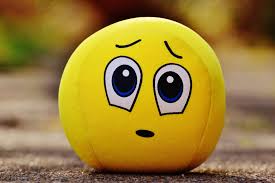 Contrast that with the facts of U.S. v. Hobgood, out of the Eighth Circuit, where the defendant had a brief romantic relationship with “KB,” who later rebuffed the defendant’s advances and moved out of town. Defendant Hobgood “began contacting her via e-mail, Facebook messages, and third-party text messages to demand that she apologize to him in person for her treatment of him.” [cue the Adele music]

When KB declined, Hobgood “created publicly accessible social media accounts in which he portrayed KB as an exotic dancer and prostitute. Hobgood also sent letters to KB’s employer through the mail and over the Internet claiming that KB was an exotic dancer and prostitute. Hobgood contacted KB and KB’s family by email, stating that unless she apologized to him, he would continue to make these representations.”

According to the opinion, Hobgood admitted to the communications and “told investigators that he would not stop contacting KB until he caused her to lose her job, or caused her to “repent” for the unspecified wrong that she committed against him.” Law enforcement was, on its own, able to corroborate that Hobgood had made the social media accounts.

Hobgood claims that the charge (interstate stalking) was a violation of his First Amendment rights. The panel disagreed based upon the following steps:

A couple of take-aways: