Understanding the Fight Over .Sucks Domains 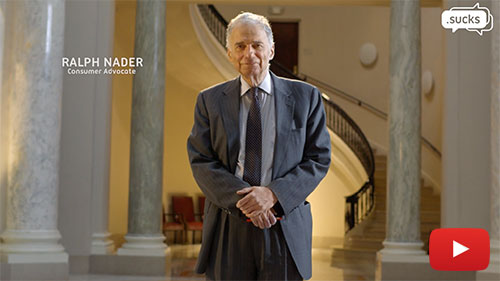 You may be aware that a new global top level domain (gTLD) called .sucks will be available.  Like .COM or .ORG, companies and individuals will be able to register sites ending with .SUCKS.

The distribution of theses .SUCKS domain is controlled by Vox Populi Registry, Inc., which won the rights in November 2014.

Vox turned to consumer advocate Ralph Nader (see video here) and he avers that “the word ‘sucks’ is now a protest word.”

Specifically, trademark holders have the exclusive right to register .SUCKS from now until May 31.

It appears that big sites/companies such as Facebook, Merrill Lynch, Oprah, Accenture, Etsy, Toms, Virgin Media, and others have bought the .SUCKS counterpart to their .COM sites (see the scrolling list here).

And, for some trademark holders whose names appear on a “premium” list, even after June 1, they will still have to pay the higher rate.  See here.

A group called the Intellectual Property Constituency (IPC) has complained to ICANN, which runs the domain registration.  On behalf of intellectual property owners, IPC claims that the pricing system is a “scheme” which “discourages trademark owners” and is “predatory, exploitive, and coercive.”  The President of IPC, Gregory Shatan, makes his case in this March 27, 2015 letter.

ICANN has responded to the IPIC letter by notifying the Federal Trade Commission (FTC) and asking if the FTC will “assess[] and determin[e] whether Vox Populi is violating any laws or regulations…”  ICANN’s April 9, 2015 letter to the FTC is here. 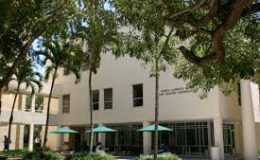