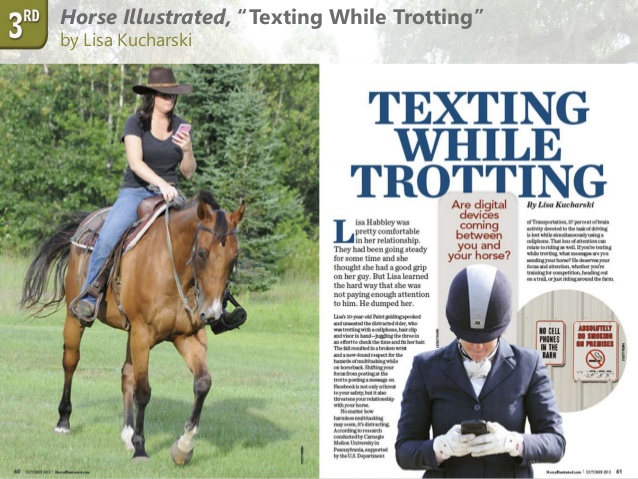 Here are the facts: the Plaintiff was riding Defendant’s horse in Westhampton when the stirrup broke and Plaintiff fell, suffering personal injuries.  She sued Defendant, alleging that he had failed to properly prepare the horse for riding.  During the course of litigation, Defendant requested an “unlimited authorization” to access Plaintiff’s Facebook content.  The trial court ordered production of all Facebook photos which the Plaintiff intends to introduce at trial; all post-accident photos posted on Facebook; and authorizations to see Facebook posts.  The appellate court, in this opinion, vacated the last two requirements.  The end result — produce photos which you intend to use at trial — is not earthshattering in any jurisdiction.

In short, the appellate court determined that “some threshold showing [was required] before allowing access to a party’s private social media information.”  Here, the Defendant had little to nothing.  Neither party challenged this legal precedent.  Neither party asked for relief in the form of an in camera inspection.  Given that the facts were not well developed in the opinion, it would appear that this case would be fairly unremarkable.  Except there was a dissent.

As for the requirement of a factual predicate before permitting social media discovery, Judge Saxe avers that “the procedure we are currently employing stands in marked contrast to the standard discovery procedure” and that the standard, “material and necessary,” has previously been liberally construed in determining whether to permit “regular” discovery and that it only requires a “reasoned basis” for items which “bear on the controversy” or is at least likely to lead to discoverable evidence.  The dissent points to Giacchetto v. Patchogue-Medford Union Free. Sch. Dist (ED-NY 2013) for support.

Photo credit: American Horse Publications (the photo is not related to nor does it depict these litigants.  Simply used since the texting-while-horse-riding issue came as a bit of a surprise!)