A boring probate opinion may shed light on the problem of errors with pre-printed legal forms. 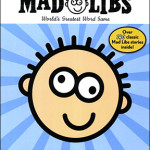 The unfortunate lesson: “there’s an app for that” is not a replacement for hiring a lawyer.

You have certainly seen these kind of pre-made forms — pushed on tv ads, the internet, and by office supply stores.  These quickie forms are attractive since (a) they run anywhere from $10 – $100 and involve filling in the blanks and (b) most people don’t know a lawyer who might be able to advise at a reasonable rate.  In this age of online forms and computer programs which help with finances and taxes, it is not surprising that consumers turn to pre-printed legal forms.  But it can be a bad idea.

The March 27, 2014 opinion in James Michael Aldrich v. Laurie Basile may not garner a lot of broad public attention (here’s the one story).  The 19-page opinion from the Florida Supreme Court spills pages of ink outlining statutory analysis going back to the 1800’s — something only a law student or probate lawyer would love.  But let’s see if we can give this lesson a little more attention:

In that case, Ms. Aldrich died with a will she created using an “E-Z Legal Form.”  She left everything to her brother.  After she created the will, she inherited more property.  But the will did not include a “residuary clause” which is a typical “catch-all” which essentially says, “any other property I haven’t mentioned or may get in the future goes to [person].”  Thus, when she died, all the property which she listed in the will went to her brother.  Fine.  But there’s a catch.  The “new” property passed as if she never had a will because the E-Z Legal Form was silent about any residual / new property.  So someone else got it.  In short, people spent a ton of money litigating to the Florida Supreme Court and Ms. Aldrich’s “true intent” may not have been followed because “it was not her stated intent in the will.”

The “kicker” is in Justice Pariente’s concurrence:

“This unfortunate result stems not from this Court’s interpretation of Florida’s probate law but from the fact that Ms. Aldrich wrote her will using a commercially available form, an E-Z Legal Form, which did not adequately address her specific needs — apparently without obtaining any legal assistance.  This form, which is in the record, did not have space to include a residuary clause or pre-printed language that would allow a testator to elect to use such a clause.”

Bottom line: contracts, terms of service, and your estate planning documents are not one-size fits all.  I’m sure this sounds like lawyers trying to garner business.  More likely, it is simply a little frustrating to lawyers since it is an easy / inexpensive problem to avoid.  Life is in the details.  The law lives in the details — which sometimes change.  Make sure you get your details right.  And make sure, every once in a while, your documents are still up to date.  Turn to the Florida Bar, Avvo, or some resource to find a local lawyer in your area who can at least double check your personal or business forms. 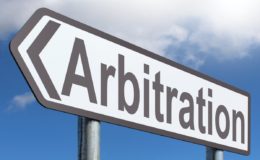 Florida cases involving disputes over the enforcement of arbitration most frequently arise out of auto sales or long term care facility contracts.  These three cases from late November 2018 fit the bill.  The topics are: waiver of the right to arbitration, parties to the agreement, and severance clauses.  Shamelessly, one … 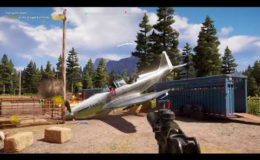 According to a new case from the First District, yes.  But be careful relying too heavily on this case of first impression, which may go a little too far without enough authorities. While this is a construction case, these issues apply to ALL business contracts. The case is Keystone Airpark …

Can a Company Add an Arbitration Clause to an Existing Contract that is Retro-Active?

For ongoing service agreements — which range from credit card, internet advertising, and even nursing home admissions — often there is a clause which permits one side to “update” its service terms and, in order to effect fairness, the other party may cancel the service in lieu of accepting the …