Consistent with most jurisdictions nationwide, a Fort Lauderdale, Florida circuit court judge ordered plaintiffs in a medical malpractice case to produce Facebook data in discovery.  Plaintiffs had objected to the production on the grounds that the request was overbroad, burdensome, not within the scope of discovery, and violated privacy rights.  The order recites two of the social media interrogatories at issue which may be of use to practitioners. 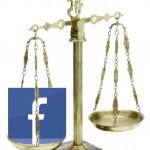 Judge Mily Rodriguez Powell wrote that the information shared by the Plaintiffs on social media websites was “clearly relevant to the subject matter of the current litigation” and narrow in scope (given the short history of social media, narrowly tailoring such requests is often not difficult).  The court further held there was no expectation of privacy, citing to New York and California cases.

For similar recent opinions out of Pennsylvania and New York, see “No Such Thing As Privacy in the Social Media World.”