US Memo on Drone Strikes vs. Al-Qaida Memo on How to Avoid Them

A bit off topic of Internet law, the discovery by the Associated Press of an Al Qaida memorandum on how to avoid detection/death from American drones is a technology story worth discussing.  The news coverage on this has been bleak. 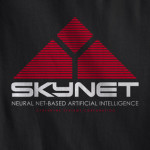 On the other hand, there has been plenty of coverage of the U.S. memo entitled the Lawfulness of a Lethal Operation Directed Against U.S. Citizen Who Is A Senior Operational Leader of Al-Qa’ida or an Associated Force.

So now you can read both memos, back-to-back.

The Al Qaida memo has seemingly not hit the news yet  — google “Al Qaida memo drones” and only one story appears in Fast Company, Terrorists May Know How to Avoid Drones, Memo Says.

If you thought that Al Qaida had a lack of technical experience, this memo enumerates 21 ways to avoid drone detection (starting with hiding from under a tree and then it moves towards jamming frequencies).  There is even a discussion of the “War of the Drones” and how, according to Al Qaida, the US moved from F-16 fighters to less expensive drones.  Shockingly, it discusses using a $3,000 system called Skygrabber which you can buy off the internet at Skygrabber.com.  There is a YouTube video showing how Skygrabber can intercept (or at least in 2009) Drone communications.

For context of the US memo, Michael Isakoff’s (NBC) article on the revelation of that report is here.

Special thanks to Gizmodo, which brought the Al Qaida story to our attention (their article includes both the original Arabic as well as link to the English translation, if you are so minded to check that out).

You may want to check with the boss https://t.co/jSZWW4lQx5
h J R
@cbhopkins